Heavenly, Story of a 65 bfx

Off Topic Posts Welcome. Personal Attacks, Profanity or Obcenity will not be Tolerated.
Post Reply
40 posts

I'm the new owner of this car if anyone has pictures or information on this car be greatly appreciated.
My e-mail is doug@norcope.com

Looking for historical pictures information on the 65 heavenly B/fx comet
Any info on previous owners racing history would be appreciated.
I can be contacted best at Doug@norcope.com
Thanks

Fred says in his first post that he has a phone number of one of the original driver/wrench of the car Ken Casteel. I'm sure Fred will put you in touch with him & I think he would love to talk to you about the car, but you might have to pay him back with pics!

speaking of pics we'd all love to see the car too!

SASSY wrote:Today I talked to a drag racer that winters here in the rv park where we are, his name is Dennis Riley
He told me a bit of this story last winter but I never wrote it down and when I went to post it here parts of it escaped me .
Dennis told me about a 64 Comet his friend raced back in the day, they called Heavenly.
The car was delivered to Priestly Lincoln Mercury here in Oceanside Ca., direct from The holy grail of Ford race fans Holman Moody.
Ken Casteel was the driver - wrench of the car. I have his ph number now and will ph him this spring when Im home.
Dennis relayed to me some of the unique items on the car that ken raced.
Came from Holman Moody with cage, light weight buckets, some type of plastic side glass.
Everything that unbolted from the body was fiberglass, hood, fenders, doors, trunk!
Under the hood, the Cobra 289 with weber carbs, probably the 306 hp version.
The motor was promptly removed and bored and streched out to the 350 ci range.
The car was campained in southern Ca. For a couple of years and discarded for a 66 Comet from Holman Moody with Fe power.
Dennis tells me he and Ken are still close, that they build and race Mopars today and that he would probably be happy to share when I call him.
They race at Firebird in Idaho among other places. I have wanted to go to that track for a while, this is a good excuse, if I needed one, lol
I will update this post, hopefully with a pic or 2 after I talk to Ken.
Fred

Thanks for jacking up the old F/X threads guys

The Weber-equipped Shelby 289 was rated @ 345+ hp. It would have been very cool to keep that set-up and tune it for the stroker build, if possible.
Wonder what the story was on that move...

Johno, ya. Been in touch with Doug the BFX owner discussed here. He has stated he also has a 65 AFX but hasn't said which one. Ive read he has Arnie Beswick's and if so I will update the thread on here that has gone through some of its history.
Doug appears to be a Canadian living in the far north with a passion for 60s Ford factory racecars.
I'd rather do it myself if it's done right or not,,,isn't that what hotrodding is all about?

The Weber-equipped Shelby 289 was rated @ 345+ hp. It would have been very cool to keep that set-up and tune it for the stroker build, if possible.
Wonder what the story was on that move...

Well Joe it was a racecar so something else was faster,,,
I'd rather do it myself if it's done right or not,,,isn't that what hotrodding is all about?

Perhaps, but may have been more of a tuning and reliability issue.
Keep posting, if you can. Thanks!

Heavenly as it is today. 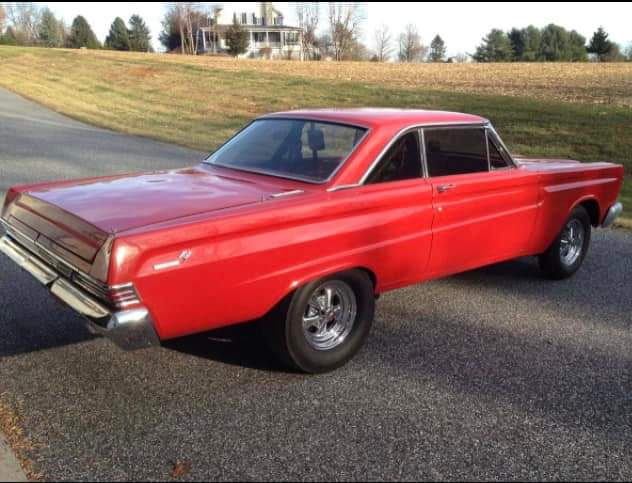