Has anyone tried to repair a gas tank? I have some pitting and some small holes in the top of my tank. Wondering if its worth repairing or just get a new one.
Top

Pretty sure a good rad shop could seal it up, that's where I would check first.
But, now that new ones are available albeit not cheap they might be a better long term solution.
Fred
I'd rather do it myself if it's done right or not,,,isn't that what hotrodding is all about?

I was wondering if anybody had used those repair puttys. Im leaning towords just getting a new one.
Top

mercuryman wrote: Im leaning towords just getting a new one.

If you get a new one you will get over spending the money ,& forget about it. but if you patch the old one chances are high that you will have problems down the road. over 50 years old no telling what it looks like inside. Here are pics of a 65 tank that I opened up. it had mice nest ,lots of rust,chips of dried gas or something & even a lock from a locking cap. 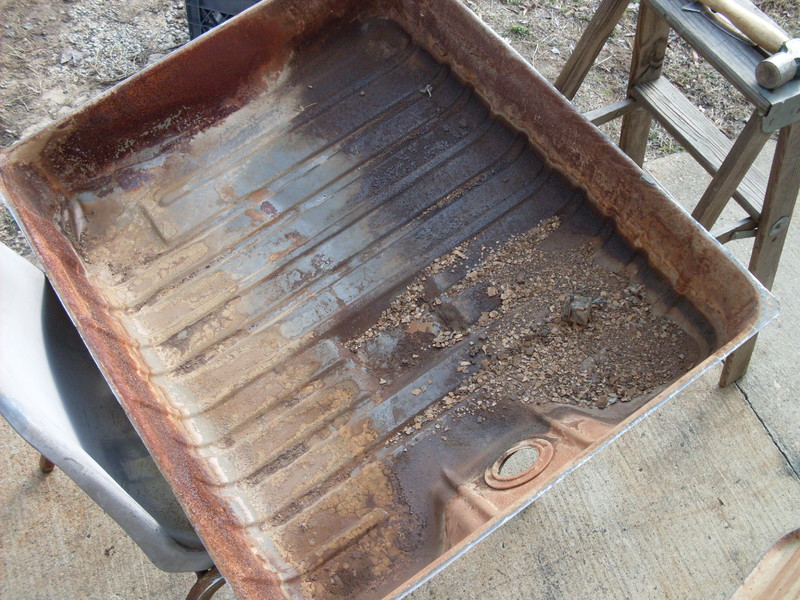 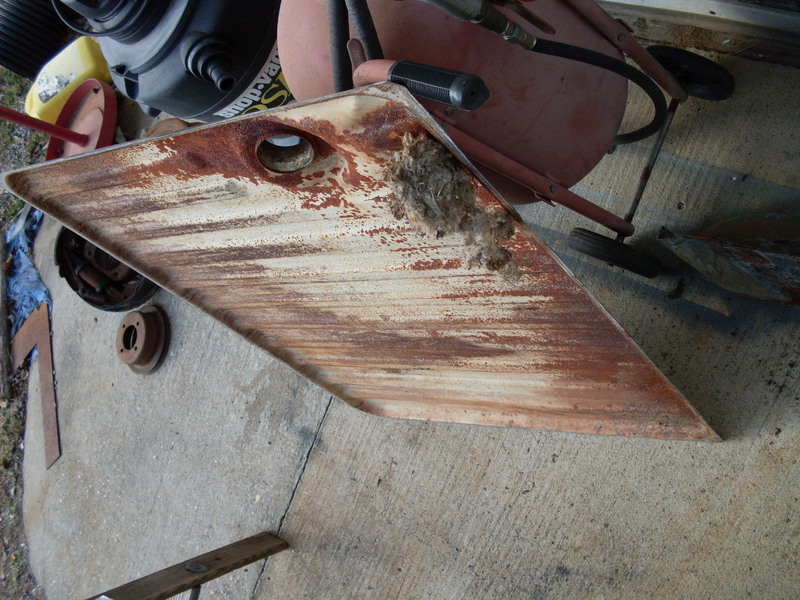 Can you imagine how many filters all that could clog up??? or how many times it could strand you on the road with a clogged filter?
here is another 65 tank I opened up. it was vatted out by a rad shop & they brazed a bunch of holes on the top then I coated it with redkote. this was before the new tanks were available. before I opened it up I filled it with water & let it sit for about 3 weeks to rid it of dangerous fumes. you can see the coating was no match for some of the rough rust in the seam & on top. the bottom was good. 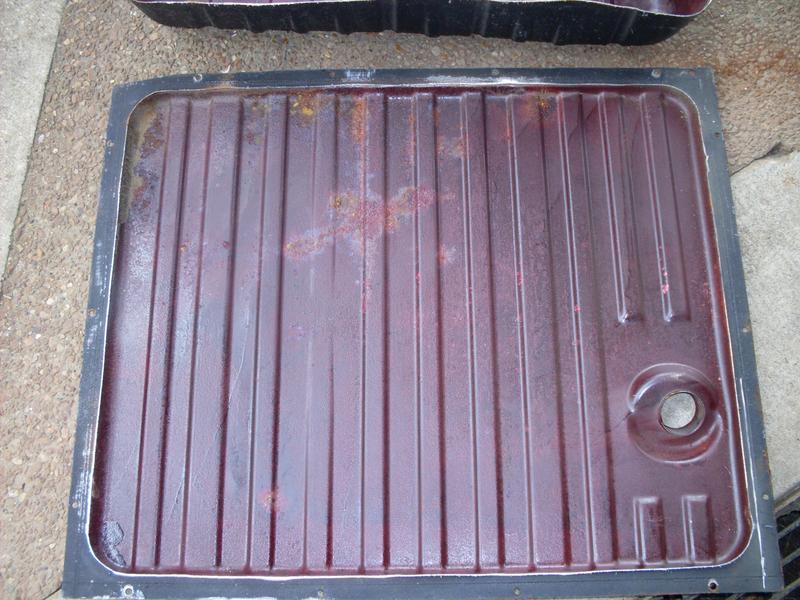 So even after spending almost 200 bucks to repair a tank I still had rust in there.